Are you a #YorkU Faculty of Science professor, grad student, member of a science student club, staff member or alum interested in Tweeting about your science work for one week (12:01am Sunday morning, to midnight the following Saturday)? Then check out doing a stint @YorkUScientists.

If you're not very experienced with using Twitter to communicate your work and research to a broader audience, you can sign up and try out an established Science Communications platform for a week.

If you're interested, please send us your top 3 preferred weeks, and we will sign you up:
FILL IN THIS FORM: http://bit.ly/1KDkcSI
CHECK AVAILABLE DATES HERE: http://bit.ly/1JhQ2DL 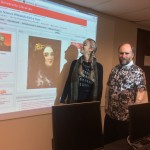 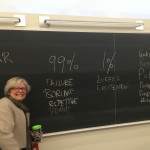 Week 2: @dawnbazely, at the Plant Biology blackboard, explaining the true nature of science as a process (Photo by Rolan Vaisman) 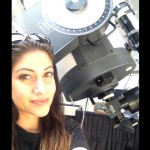 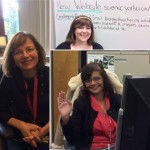 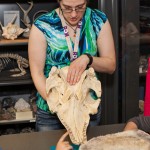 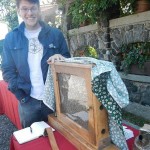 Week6: @Harpur, is doing his Biology PhD with Prof. Amro Zayed. Brock tweeted about his bee research, and Charles Darwin 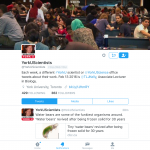 Week 7: @TLJKelly, is a multiple-teaching award-winner & Biology professor. Tamara was the 2nd @YorkUScientists to sport the new avatar overly (thank you, Elisa Romano!) 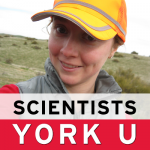 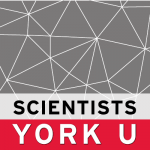 The Pan Am and Parapan American Games took place Toronto, in July and August, 2015.

For nearly two years, York University science faculty, staff and students watched a sports stadium rising in our midst, next to the Boyer woodlot. Our science research continued during the games, although classes were put on hiatus.

Prior to the games, the York University Communications and Public Affairs staff held a brainstorming session with the Faculty of Science, about how we might raise awareness about the great research happening around the Panam stadium. Testing the lights at the Pan Am/Parapanam Games Stadium

I came up with the @YorkUScientists project, in which a different scientist would tweet about their research on each day of the Pan Am and Parapan American games. I thought that people coming to the campus could tweet the scientists questions and get answers in real time.

Unfortunately, my ongoing back injury (which happened in late April) meant that I simply couldn't get it together in time. But, since it's a great idea, I parked it for the future when I could organize it, and here we are.

The idea for @YorkuScientists was inspired by the international @RealScientists, and @BioTweeps twitter accounts. Each week, a different scientist or biologist tweets about their research, and interacts with people on a global basis. A different York University science faculty, student, or staff member will tweet about their science work each week, beginning in January 2016.

One great example of how the YorkU science community gets it research game on, happened in May 2015. This year's Ontario Ecology, Ethology & Evolution Conference was organized by the York University Faculty of Science Biology graduate students, and took place in the gorgeous Life Sciences Building.