In 2014, when I quit as director of IRIS, I was able to consider taking up the kinds of invitations that I had turned down since the 1990s. I had been, every now and then, invited to take on a leadership role in various environmental NGO-led initiatives, or to serve on the boards of environmental charities. To my mind, such invitations required a commitment to genuine leadership, which required a serious investment of time. Prior to my directorship of IRIS, this would have been hard for me to do effectively, what with young children, field work, teaching, and the usual in-house administrative work. During this period, I did accept invitations to serve on government committees because they had a strong bureaucratic infrastructure. With this in place, I felt more comfortable contributing my expertise, as part of a team effort.

From sitting on various non-profit daycare boards when my children were young, I had learned that there IS a difference between sitting on a government committee, and participating in an NGO or an NGO-led initiative. NGOs are like small businesses, and NGO-led initiatives often have complex dynamics.

From my diverse volunteer experience, I also knew that I'm not a fan of people who join boards and committees in order to burnish their cv's, and then they either show up unprepared, or worse, they don't show up at all. So, I decided to postpone participation on environmental charity boards until I had the capacity to do a good job. Serving on the boards of small organizations should be, and is, hard work. Carolinian Canada board members worked on our feet all day, in 2015, at the first Go Wild, Grow Wild outdoor expo in London, Ontario! This wonderful event is heading into its 3rd year, and as a board member, I've been able to champion it.

It's a gorgeous 🌞 day, but pls consider popping into #GoWildGrowWild & gear up for gardening/hiking/birding, #LdnOnt pic.twitter.com/3YDbc6Qb3a

I chose to join Carolinian Canada's board, because I have known and admired the organization since the late 1980s. They are inclusive, collaborative, and committed to evidence-based habitat management, and sustainability principles. Joining the board allowed me to bring leadership and management skills honed at IRIS, to the support of Carolinian Canada's ecological and sustainability mandates in strategic ways. One of the most enjoyable parts of board service, has been working on the Awards Committee, where we identify and celebrate Carolinian Conservation Heroes. On 25 October 2016, we presented most of the awards (above). I was delighted to see Rick Hornsby, who was Superintendent of Rondeau Provincial Park (right) for much of the time when I was doing field research there  from 1991-2009, receive a Lifetime Achievement Award. That same evening, we also launched In the Zone, a new collaboration between Carolinian Canada and WWF Canada: David Miller, president of WWF Canada spoke to a packed house. It was significant for me, that the event was a joint conference with the Ontario Invasive Plant Council held at the Toronto Botanical Gardens. In addition to Carolinian Canada, I've supported these other three great organizations with memberships, money, my expertise, and in other ways, on many occasions, during the past few decades. In 2005, I contributed an article about invasive plants and Kirstenbosch Botanic Gardens to TBG's Trellis magazine (below), and coincidentally, David Miller, then mayor of Toronto, was on its cover! 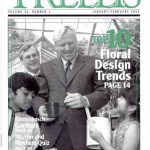 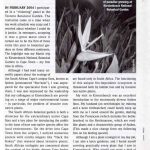 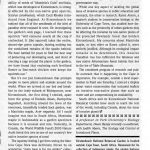 In the Zone helps people living across southern Ontario to be citizen scientists, and to make their gardens friendly to native biodiversity. As a Carolinian Canada board member, I was able to be a foundational and ongoing part of the conversation that to the In The Zone project.

This is hugely satisfying, because since I came to York University as a Biology professor in 1990, I've advocated for environmental organizations to be more inclusive, and to find meaningful ways of reaching out to and engaging recent immigrants, who mostly live in urban centres. Everyone, regardless of whether they live in rural or urban areas, can get #InTheZone.

One of the main reasons that I've been a long-time champion of urban biodiversity, is that I managed to become an ecologist even though I grew up in London, UK and Mississauga, Ontario, which are not even rural. I didn't live off-the grid in any kind of wilderness until I was 19. Before that, a week-long school trip to the Haliburton Highlands was the most Roughing It in the Bush I had ever done.

So, I was very happy when about 15 years ago, many more ecologists and environmental groups in Canada started to take increasing notice of urban ecology. Similarly, while my colleagues in the Ontario Ministry of Natural Resources started discussing the "Settled Landscapes" of southern Ontario in the 1990s, the concept had previously long been acknowledged and incorporated into biodiversity conservation planning in the UK and Europe.

I recall attending the review of a TRCA natural heritage strategy document in the 1990s, where we were shown a map of the General Toronto Area watershed with areas colour coded according to their assessed ecological value. Except for the green-coded ravines, the rest of the map was mostly grey, indicating that it had been assigned, in the analysis, no ecological value. "But what about people's gardens?" I asked, thinking of my own urban garden, which was filled with native plant species. Fortunately, today, thanks to the work of many people, including myself (I often feel like a broken record), we all accept that Urban Ecosystems have a role to play in conserving native biodiversity, and that urban ecologies deserve our scientific attention. Being part of In the Zone is an immensely satisfying outcome of mobilizing my research expertise into action.

For me, serving on the board of Carolinian Canada is both a privilege, as well as my duty as a taxpayer-funded ecologist, and university professor.  I would encourage other academics who haven't ever served on the boards of charitable and non-profit organizations to look for ways of undertaking this kind of public science service.