In Wikipedia Chronicles Part 1 (January 30, 2018) I posted about my plan to hold a Wikipedia edit-a-thon at Visva Bharati University, West Bengal, India. I held a mini Ada Lovelace Day Wikipedia Editathon for my third Science Communication Workshop on March 20th.

During my time (January to March 2018) as a visiting professor, I gave a total of three science communication workshops. The first was on Ways to Improve Your Powerpoint Talk, and the second was an Unconference on different kinds of social media for science communication. In response to the "Inspire" promotion, I proposed that an Ada Lovelace Day editathon could be a good awareness-raising activity. Wikimedia offered me help and advice, which motivated me to get one organized.

Since internet access in Santiniketan was patchy, I booked the main computer science teaching classroom. Although the main internet line to Kolkata went down twice during our 3-hour workshop, we managed to get a fair amount done, though I still haven't uploaded my photograph from the Sunderbans (perhaps I'll do it next).

We identified Wikipedia pages for Indian women scientists that needed editing, and the students also learned about uploading images to wikimedia, creative commons and open access.

Here are my slides from an activity that was an accessible introduction to editing Wikipedia. They provide a format that anyone can use and I hope this will provide a template for future, accessible workshops. 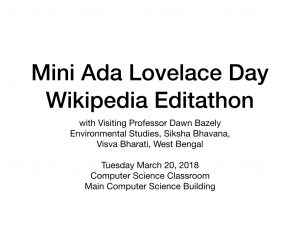 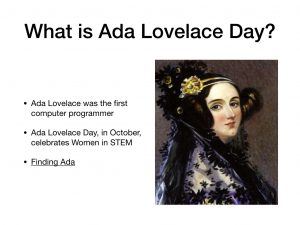 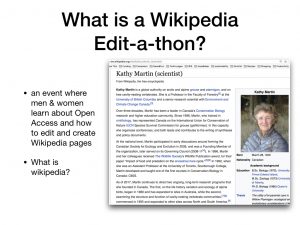 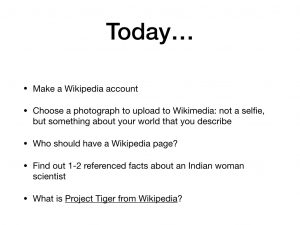 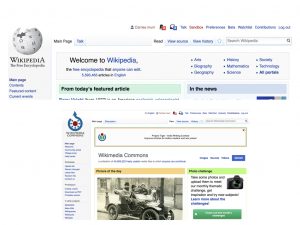 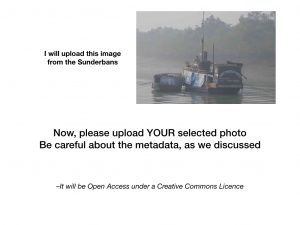 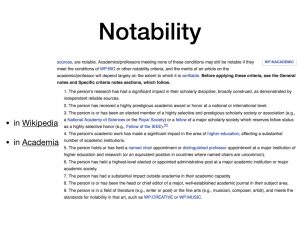 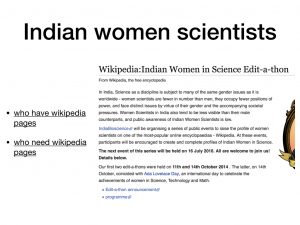 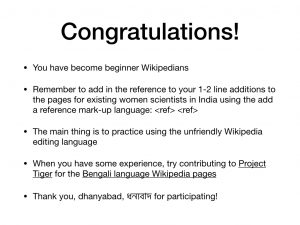 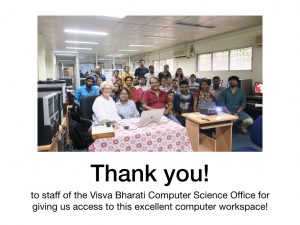