It's a year since scientists sounded the alarm about a novel, rapidly spreading coronavirus centred in Wuhan, China. Today, the New York Times published a review of the early events, in which politics over-rode the science, and some of the key doctors who first encountered what we now call SARS-CoV-2 virus, died as they warned their colleagues.

One year ago, the first alarm about a dangerous virus was sounded. But it took the Chinese govt weeks to act. Our investigation into the 25 days that changed the world. It's a story of science vs politics, center vs local + too many unsung heroes to count https://t.co/RhLOfqp4SO

Too many scientists still don't believe that Science is Political 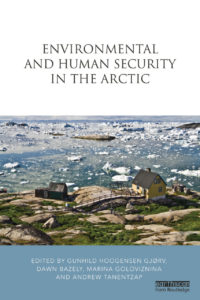 Some of my research has examined the science-policy-politics nexus. I've studied how science is political, and how this intersects with science literacy and public science. Unfortunately, over my career, this aspect of science is something that many of my colleagues in STEM have chosen to ignore, at their peril. In 2013, my colleague, John Dupuis documented the Stephen Harper government's war on science and other scholarly areas in a blog post that went viral. Eventually, some Canadian scientists started paying attention to this and one of the excellent outcomes were the groups, Evidence for Democracy and Our Right to Know, both of which I have been involved with.

I hope that over the course of 2020, even scientists who have determinedly convinced themselves that their research is more neutral and objective than that of their colleagues in the social sciences and humanities, have revised their 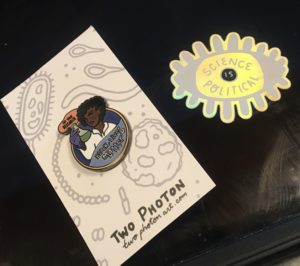 ill-informed, non-expert opinions about the history of science. The ongoing failure of many STEM professors to comprehend how their work sits in a social and political framework, with many intrinsic biases, has contributed to the science literacy gap that has not served society well during the pandemic.

A younger generation of scientists are well aware that Science is Political. I bought several of these great stickers and Black Lives Matter pins earlier this year, from Two Photon Art, which was founded by PhD student, Christine Lu and her friend, environmental scientist, Tera Johnson. I previously supported them for several years on Patreon because I was so impressed with their activism and creativity.

Lessons from an experience hand with infectious diseases

Dr. Anthony Fauci is one scientist and medic who definitely understands the connections between science, policy and politics. I'm in awe of this, now, eighty-year old! He has remained consistently on message as he walked the tightrope of dealing with the Trump administration and its Republican enablers in the US Senate and House of Representatives.

In Ontario, in contrast to the 2003 SARS crisis, we have barely heard from our many expert scientists, including epidemiologists and medical researchers, and from front-line health practitioners, on official government platforms during 2020. Instead, a blundering, "deer-in-the-headlights", poorly qualified, provincial premier, whose lack of numeracy skills and science literacy has frequently demonstrated the dangers of electing politicians with no interest in sound, evidence-based policy, has consistently failed to demonstrate effective leadership that gives respects and gives voice to experts. It has been unclear to Ontarians, from the get-go, precisely which experts were advising the provincial government on its COVID-19 policies.

I've been surprised at the number of my colleagues willing to give Premier Ford kudos for his initial handling of COVID-19 in Ontario. I disagree vehemently, because I was tracking and teaching about the emerging pandemic in my Winter 2020 biology course since January 2020. There have been many inflection points at which Ford has failed to act transparently with policy that informed by emerging knowledge about COVID-19. For example, why no clear guidance on ventilation much earlier? And we still do not have the robust testing and contact tracing systems necessary for providing clear insight into the evolving routes of community transmission.

The basic protocols for reining in the spread of COVID-19 are simple, and largely unchanged since March 2020, except for the knowledge that we SHOULD all wear masks, even simple cloth ones, and avoid poorly ventilated spaces. Yet, dreadful political leadership has effectively cancelled out effective evidence-based responses at the individual level. As we now witness a slow vaccine roll out, much of 2021 is set to be similar to 2020, except we know a lot more about COVID-19 and science has brought us vaccines.

However, I wonder just how people can explain the basic difference between a virus and bacterium? Effective government leadership during a pandemic would, at the very least, have ensured some basic science literacy.

Global #SquadGoals for 2021:
Improve your basic biology including:
1) knowing the difference b/w viruses & bacteria 🧬🧫
2) ecology: N = B - D + I - E
In this case N = no. of #COVID19 infections associated with the new #SARSCoV2 variant.
I = immigration
E = emigration#StayHome https://t.co/NJf5Sf2iBO