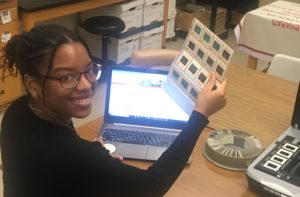 Canadian higher education has mainly functioned virtually since March 2020, when campus buildings were closed. The residential population of York University during this pandemic has consisted of students and their families, for whom their campus apartments are their main homes, and international students who could not get home at the end of April, due to international border closures. This latter group included Ms. Cheyenne Gumbs (right), who is now in The Netherlands doing her MSc in epidemiology.

When I closed the lab. in March, we had done some tidying up and preparation, though not enough. Going back to open it has felt mournful and eerie. It reminds me of the stories of the Marie Celeste, the ship mysteriously abandoned by her crew. 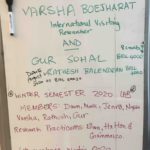 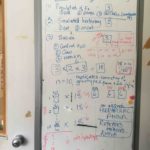 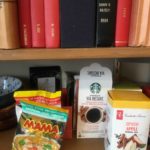 Supplies for my current days on campus 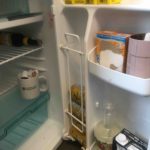 Since the campus closed, its working population has mostly consisted of security and other essential staff, like plumbers and electricians, who kept the infrastructure up and running, plus a few professors, including myself, who were granted permission to maintain live material, even as lab. research closed down. 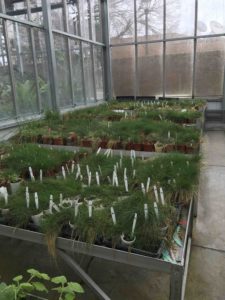 Dr. Mark Vicari and I regularly visited the greenhouse to support our wonderful Mr. Baodong Wu, the technician who cares for thousands of live plants. Also, when possible, I would buy and drop off groceries to my students living on campus. We would arrange a hand-off in the parking lot outside the greenhouse, socially distanced, of course! It was like something out of a John Le Carré novel involving dead drops.

Some research labs started opening in the summer, but Ms. Varsha Boejharat, a visiting international grad. student in my lab. had always planned to return to her home country in July, after her six months at York. 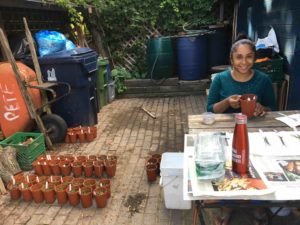 I am currently opening my lab. for Biology undergraduate student, Gurpatap, who is doing his Honours Thesis (BIOL 4000.80). He needs to complete the bench research project that he planned last January! There are lots of steps and forms and training to do this, as there should be. York University has managed its response to COVID-19 really well, so I am happy to deal with the paperwork.